Tips and training to hunt partridges with a dog 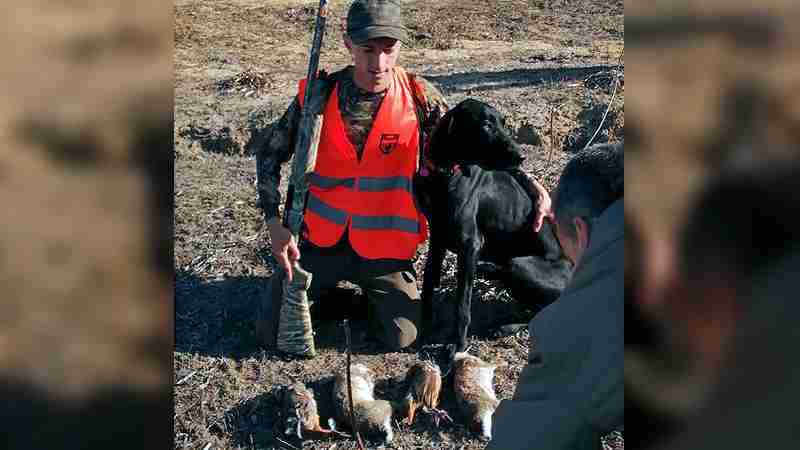 The current Andalusian champion of small game with dogs shares with us his way of hunting partridges and the entertainment that he continues with his dog to face the next hunting and competitive season with guarantees.

Abraham Barroso is the young hunter from Malaga, from the town of Estepona, located on the Costa del Sol, who was the winner in the Small Game with Andalusian Dog test carried out in November 2019 in the municipality of Cádiz from Vejer de la Frontera.

The capture of two partridges and two rabbits in 90 minutes allowed him to win the regional victory. In the Spanish championship, unfortunately, luck did not accompany him and his dog Jon, a black German shorthaired pointer.

Abraham just after proclaiming himself regional champion of Small Game with Andalusian Dog.

Recently, during a quail training day in which he was victorious held in the municipality of Manilva and organized by Cinegética Manilva, we were lucky enough to be able to interview this great Andalusian hunter and marksman.

Abraham was Champion in the Manilva competition.

In a pleasant chat, we asked him what his plans were for next season, to which he responded, without hesitation, to win the Andalusian championship again and try to win the national championship. It is his dream, since his idol since he was little is the Toledo hunter Ismael Tragacete , six times Spanish Small Game Champion with Dog and world champion.

This is how the Andalusian champion hunts the partridges

Like the master of partridge hunting, Abraham used the snail technique in sparsely vegetated areas, which consists of, after harassing red-legged birds during the day, shooting them down in circles at a distance in which the partridges feel safe until they try to pass unnoticed between the clods, at which time the hunter goes quickly towards them.

In the mountain areas, the Malaga champion tells us that knowledge of the terrain and the likes of the partridges, together with the great work of a good dog, are the fundamental weapons to defeat the red-legged ones.

This website uses cookies to improve your experience while you navigate through the website. Out of these, the cookies that are categorized as necessary are stored on your browser as they are essential for the working of basic functionalities of the website. We also use third-party cookies that help us analyze and understand how you use this website. These cookies will be stored in your browser only with your consent. You also have the option to opt-out of these cookies. But opting out of some of these cookies may affect your browsing experience.
SAVE & ACCEPT